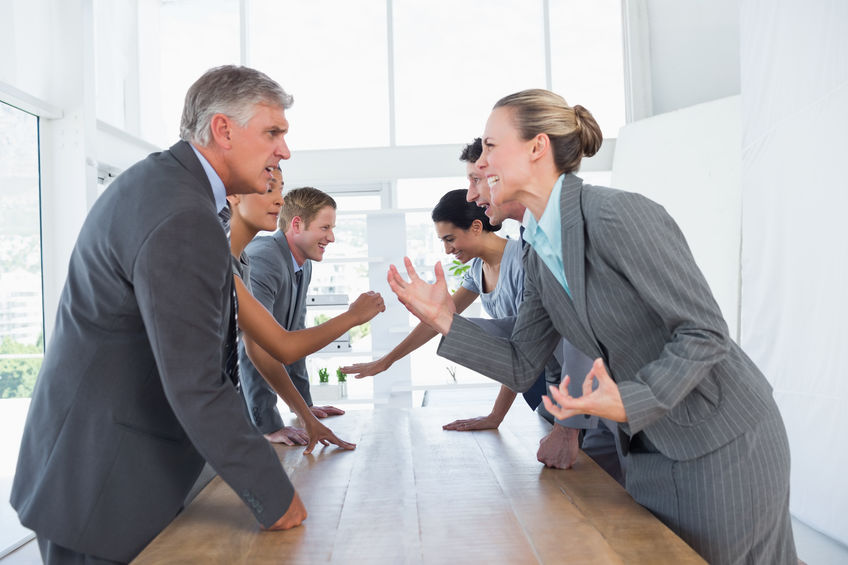 An example of this: a car needs oil in its engine to run, without which the engine will quickly overheat, damage all of its components, and seize up.

In organizations, friction can occur between people, but there is no easy way to measure it as we do in physics.

A certain amount of friction within an organization is often inevitable and sometimes even desirable, like the friction we naturally experience when we learn new skills outside of our comfort zone.

Other types of friction can’t be avoided, such as when a machine breaks down during production, the Internet goes out of service, a client suddenly delays an order, or an employee gets sick and can’t report for work.

But other organizational friction is directly influenced by the assumptions we make about the people in our organization. This kind of friction leads to a loss of engagement and productivity that ultimately impacts the bottom line negatively. It is unnecessary and can be prevented or resolved.

This post discusses a common friction between team members. It will be followed by a series of three others posts discussing other common points of friction that we can identify and solve with behavioral data, such as that produced by the GRI.

There are numerous reasons why two people might clash or fail to get along. Maybe they have a different education, cultural background, or family history, to name a few. Unconscious biases can also provoke disagreements.

Unfortunately, problems between team members are most often discussed too late when the friction has increased to a point of no return.

Assessments can prevent major conflicts by explaining individual differences in behavioral/emotional characteristics and demonstrating that behavior is not related to gender, education, age, sexual orientation, or culture.

Training in unconscious bias facilitates the inclusion of all people at organizations, but it does not provide a more objective appreciation of their unique work-related characteristics.

By focusing on behavioral characteristics and preferences as they relate to work, as we do with the GRI, it becomes clear that everyone has a chance to succeed in their jobs if we are inclusive of their differences.

This knowledge can turn friction into understanding and personality clashes into productive discussions.

For George Northup, CEO of Author-IT, this meant revisiting the GRI profiles of his executives to better understand how to work with them. “I’m always pressing our executives to go faster, to deliver more, and to go to a higher standard. And there have been points with either our CTO or CFO where I have felt a strange reaction, which in a vacuum I might have interpreted as resistance or perhaps a lack of buy-in to whatever I was trying to do,” he said.

“My natural reaction would be to get angry or to get impatient, and to push harder or to perhaps punish these individuals. So, by going back to the data, it’s a reminder that they’re actually aligned with me in goals…what I might have interpreted as resistance is actually the methodology of how they approach things.”

Explore how you can minimize friction between team members with the GRI. Read chapter 12 of Lead Beyond Intuition: How to Build a High-Performing Organization. Order the book on Amazon today.

In the new reality of business, the conversation is all about remote work. How does working remotely affect productivity? What pressure does it put on workplace culture?...

When seen from the future, it's clear there are opportunities in the uncertainty and change wrought by COVID-19. The pandemic offers a chance to change the way we evaluate...

Most personality assessments provide information on individuals that is objective, reliable, and relevant to the workplace, but they do little to solve the organizational...

Remote Management in a Crisis, Beyond Intuition

How to get you through the coronavirus crisis and make you stronger than before at working remotely? In this article we present the actions to engage at three levels: individual,...

How to Build a High-Performing Organization

Complete the form, and we will contact you to discuss how we can assist you and your company.