The Elephant in the Room

The Elephant in the Room

Analytics (big data) and talent management are topics that have been gaining traction in the C-suite because of their increasing importance in today's market, and as a leader in a premier regional CPA firm, I've been giving them both a great deal of thought.

Naturally, financial professionals carefully account for certain assets, such as cash, property, inventory and investments. It is less common to provide valuation of intangible assets, but I would argue that two of these have significant value and are worth considering: Data and talent.

In the old days, data didn't exist as we know it now, and talent wasn't even a concept; it was simply a commodity called labor. Now, there is a growing realization that data has worth and offers value.

The valuations of companies like Facebook reflect largely on their huge databases. Verizon and AT&T are monetizing our personal data via smartphones that track everything from the websites we visit to our emails to our physical location and more. For these reasons, I believe accounting firms such as ours will become more involved in establishing the value of data.

That said, there remains an elephant in the room: Human capital.


The Rough Value of The Elephant

Unless you work in entertainment or sports, the concept of people as capital is not a common perspective. However, performing a simple math simulation about your employees can be illuminating.

The cost of turnover is generally estimated to fall in the range of 1.5 to 3 times an employee's annual salary. This includes all of the costs of hiring, training and bringing a new hire up to the same level as the average, performing employee. Turnover costs also estimate the productivity lost due to the absence of the outgoing employee. The salary method is a simple and crude way of assigning a value to an organization's human capital at an aggregate level.

Of course, some employees will cost more, some less to replace, but this is just ballpark math, right? So, take your annual payroll and double it, and there you have a rough estimate of the value of your human capital.

Some of you may scoff, but consider the consequences if your firm's employees were wiped out. What would it take to replace everyone? Is this scenario unlikely? Yes. Impossible? No.

For any service business it can be argued that human capital is likely their most valuable asset, but for some reason we simply don't account for this. If the purpose of accounting is to value an organization, then we should include all assets. Like data, the way we value human capital needs to catch up to reality.


The Cost of the Elephant

Now, this isn't just a black and white decision. Once we have established the value of human capital, our elephant will appear in proper perspective.

1) The cost of acquiring talent for either replacement or growth
2) The cost of employees who are unmotivated, unengaged and under-performing
3) The cost of failing to retain needed talent.

Some of you (you know who you are, accountants) might think that this counts some costs twice: The cost of replacing talent on top of the cost of that talent leaving. But they are two different things.

When a high-performing employee leaves, their productivity is either transferred onto another person or it is lost. That productivity remains a loss until the replacement is performing at the same level as the previous employee, which can take months or even a year. That is one cost to the company.

The cost of sourcing, hiring, and on-boarding/training a replacement is a separate cost because of the efforts and energy expended by other employees in that process, especially the training phase.

Whatever your turnover, you can approximate the cost to the organization, either by adding up each individual who departed or using a percentage of total payroll. Compare your turnover percentage to your industry's average, and more importantly, compare this to your best-in-class peers. This will provide you with a ballpark cost (but more accurate than the above salary method) of how much turnover costs you.

How much is turnover costing you?

Let's consider a sample case based on industry data:

It is important to note that this estimate totals the cost of acquiring talent and the loss of valued talent, but it doesn't account for disengaged talent. In an ideal world, disengaged, unmotivated employees are the ones who would quit, and the high performers are those who would choose to stay, but the evidence shows that in many companies the reverse is true.

While it might be possible to estimate how much better your firm would operate if it had the same talent as the best-in-class firms, it's only useful as a long term "stretch" goal. It is far more meaningful to estimate how much your worst performers cost you. As George Carlin once put it, disengaged employees are those who "work just enough not to get fired".

How can we calculate their effect on the bottom line?

First, approximate how many of your employees are obviously disengaged. Of course, you should get them out of the firm, but we all know that's not what happens. So, estimate productivity of highly disengaged employees at:

Estimate the productivity of employees who are not obviously disengaged but are still not performing highly at:

The chart below shows average turnover rates. What is interesting is the difference between voluntary turnover and the total turnover rate. 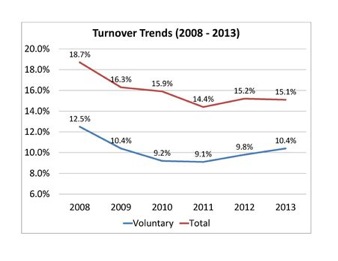 This number holds steady at about 5% to 6% and represents the number of employees who were involuntarily terminated. This gives us a clue as to how many employees are disengaged. If we are firing about 5% of our workforce every year, this means that those 5% exhibited such obviously poor performance that they were dismissed. But we know that's just the tip of the iceberg.

If we exclude the lower rungs of the employment ladder (those jobs paying at or near minimum wage), the vast majority of these folks were let go because they weren't sufficiently productive or had a poor attitude.

In the former case, the damage to the firm is localized to that employee and perhaps one or two others, though the low productivity can be said to impact the bottom line. In the case of a poor or toxic attitude, the damage is often more extensive.

If we make the assumption that those who are terminated are the minority of under-performing employees, then how many more do we have?

Gallup's results for 2014 show 17.5% of employees are "actively disengaged"

Let's make the conservative assumption that only half of the under-performers are fired. So that data would indicate that perhaps 10% of the workforce is significantly disengaged.

In a 500 person firm let's estimate that 10% are disengaged. That means: 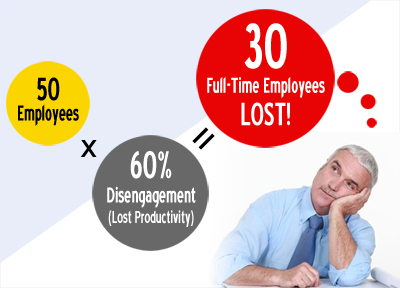 Then estimate that another 10% are partially engaged. Calculate this group at:

So out of 500 employees, we are in effect paying salary, payroll tax, and benefits to 45 people for doing nothing, or the bare minimum.

In our example 500 person firm, we are losing the equivalent of 75 FTEs due to turnover and 45 FTEs due to poor engagement, which totals 120 FTEs.

If the average salary plus benefits cost is $50K per employee then this equates to:

If we could make even a 10% difference in this loss, we could save:


Tame Your Elephants With GRI

It's time for the elephant in the room to be accounted for.

Growth Resources Indicators (GRI) is a unique set of tools that empowers the entire organization to benefit from their human capital data.

The GRI replaces instinct and "gut feelings" with precise, accurate, science-based insights into the behavior of your people. Leaders can quickly and accurately understand which candidate will fit the culture and the job requirements best. GRI also allows managers to predict how their direct reports will behave in various conditions, how best to encourage maximum engagement and input from all employees, and where their abilities and synergies can best be used to support the productivity of the team or the organization. GRI identifies how people at all levels perceive their goals and helps improve communication and alignment of goals.

Based on advanced research in behavioral assessment, GRI offers a combination of data and understanding. More than a traditional individual behavior assessment, the GRI also identifies the behavioral attributes needed for teams and for cultural fit, and the behavioral characteristics required to do a given job. It is designed to create a common language for the organization to use around behavior and expectations.

The GRI goes beyond the data on human capital and provides a unique set of tools to solve workforce issues, including reducing the cost of high turnover and employee disengagement.

In addition, the GRI Platform application ensures easy access to all profiles and performance information for the entire organization, keeping pace with the speed at which modern work moves.

With these tools organizations can hire for fit, maximize engagement, reduce turnover and increase the speed at which it all gets done.

After bringing GRI into our firm, and having our entire leadership team invest two days in learning to unlock the power that lies within the data, I can't imagine our firm without it.

Marcus Clarke is a Principal at REDW, an accounting and financial management firm.

Learn more about Marcus and REDW

Leaders: A New Approach for a New Era

When recently flying between the East and West coast, I was surprised to be greeted by the pilot. Pilots are usually busy with their checklists before the plane takes off....

Finding Purpose in Our Work

The need for purpose in our work is an important part of our behavioral/emotional makeup. Having a purpose to our lives, derived from the work we do, or aligned with our...

Moneyball for Companies: The Making of GRI's Metric

For too long, organizations have been recruiting and evaluating employees using techniques that are subjective, often flawed, and outdated. We created the Growth Resources... 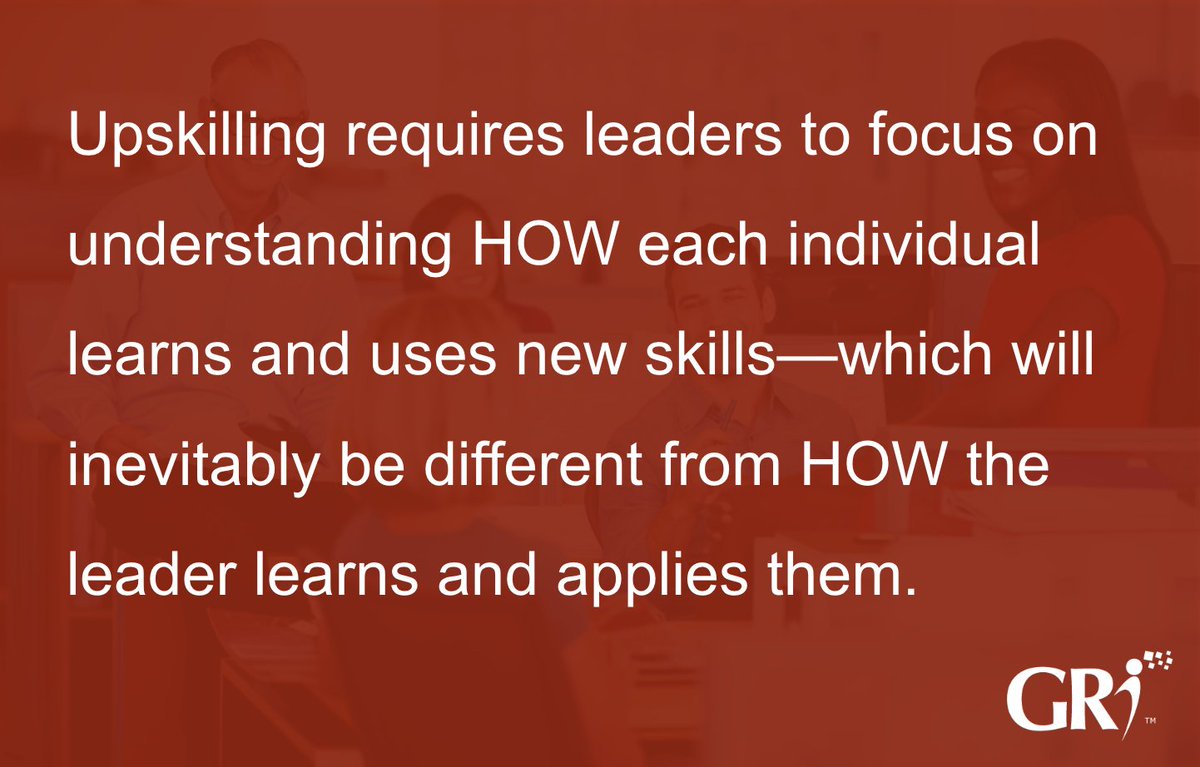 At GRI, we assess individual profiles with a behavior-factor-based approach that... 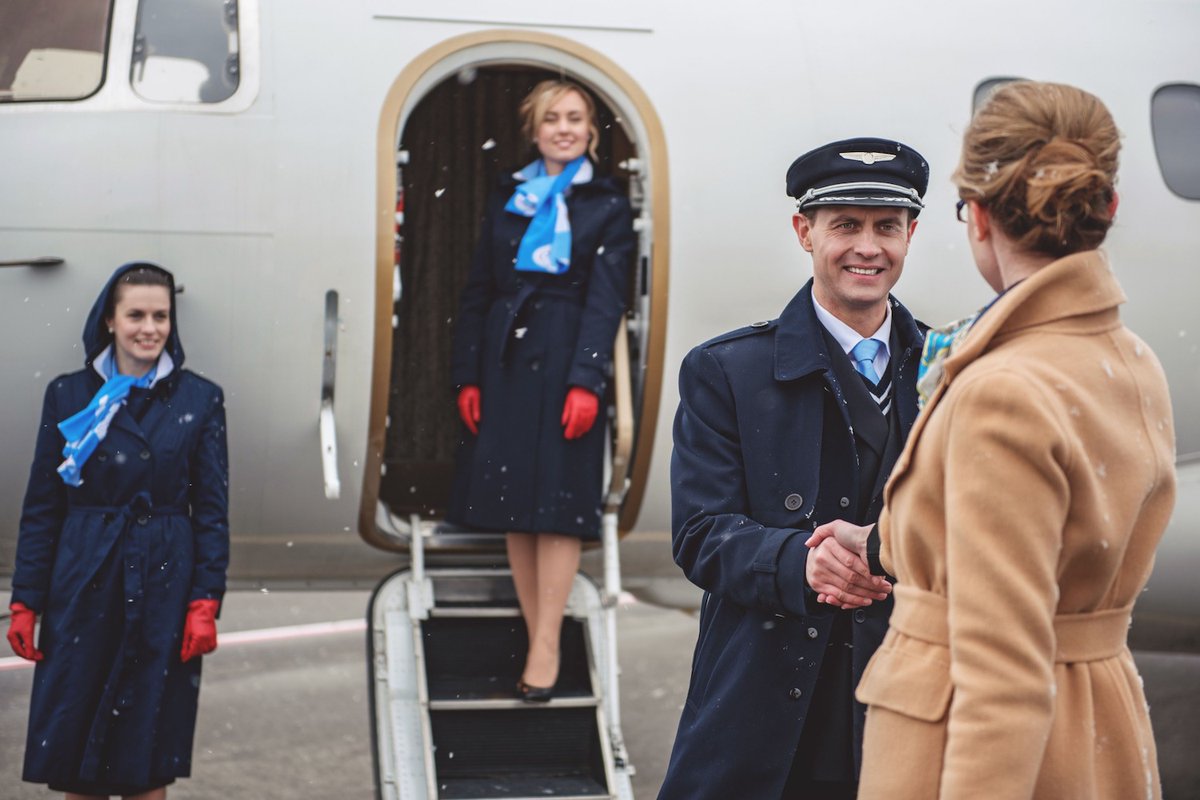 Upskilling applies to leadership development, as for any other field. They can be... 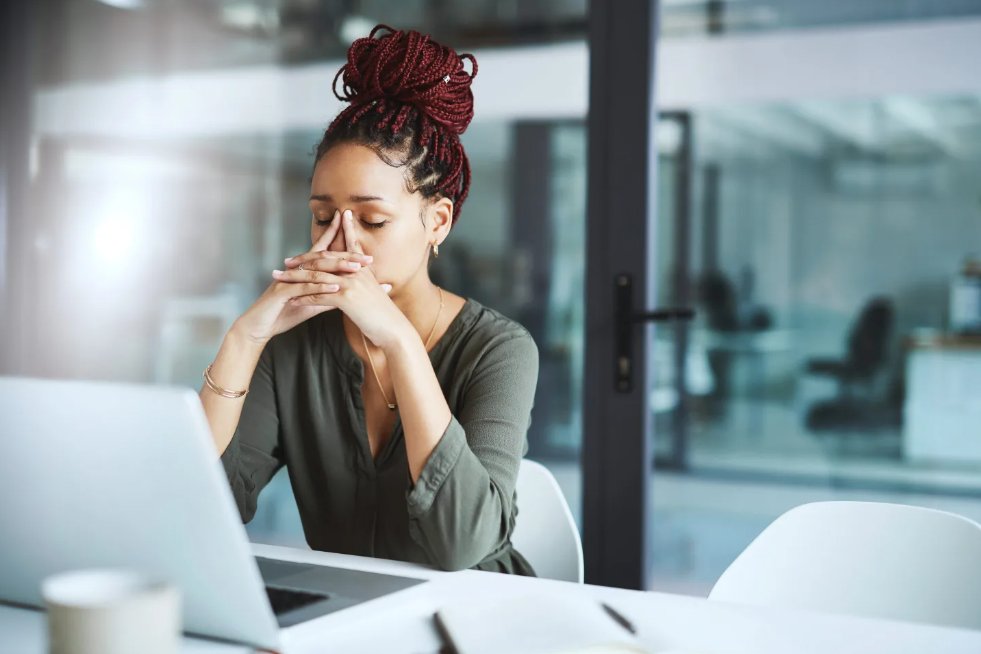 What an alarming study from #fortune! See https://t.co/CI49W06Vva. How then to create...

How to Build a High-Performing Organization

Complete the form, and we will contact you to discuss how we can assist you and your company.